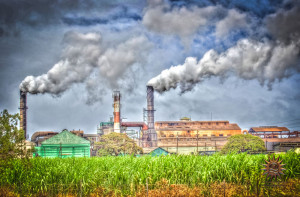 The twin cities of Kahului and Wailuku create the central Maui corridor connected by Kaahumanu Avenue, a multi lane highway of approximately one mile.

Nestled at the foot of the West Maui Mountains the town of Wailuku does little to reflect its past as the center of business and shopping in the Maui of the 20th century. Before there was a Kahului town, Wailuku boasted two drug stores with soda fountains, two banks, a post office where everybody got their mail (unless you trusted home delivery), a five and dime, a dollar store, a couple of jewelry stores, two dry cleaners, two beauty shops, two clothing stores, two shoe stores, two bakeries, two hotels, a fish market, a furniture and appliance store, a grocery store that delivered your groceries to your home, two full time movie theaters, two car dealerships and at least two service stations. Happy Valley had its own grocery store and shops separated from the main part of town by Iron Bridge over Iao Stream and serving the residents of the Wailuku Sugar camps and valley above the town.

The residents of Wailuku lived along High Street around the library and Wailuku Elementary School to the foot of and including Sandhills where the merchants and professional people lived. More of the residents lived in the area along Vineyard Street and above the town on the way to Iao Valley. Eventually the plantation developed lots at Wailuku Heights and sold them to those who did not mind the 5 minute drive from town. It was not until the late 1980’s that Wailuku Heights II was developed as finished homes that home ownership in Wailuku Heights became feasible to the average Maui resident. Development of single family homes in Wailuku was slow as many of the future homesites were still in active sugar cane production. It was not until C. Brewer closed its Wailuku Sugar operation and allowed its fields to go fallow that housing was developed in this desirable area of central Maui. Now new homes and townhomes are offered in Wailuku where the soil is rich from previous agricultural use and although the night comes early to Wailuku in the shadow of the West Maui mountains, the breezes are gentle and sweet with the fragrance of trees and foliage naturally occurring in the area.

With plantation stores serving the residents of the camps that surrounded the HC&S Sugar Mill in Puunene, the town of Kahului had a company general store, fish monger and movie theater among the notable establishments of the early 20th century on Maui. It was the development by A&B of Dream City, a planned development of 4,000 homes that spurred the development of Kahului as the center of shopping and commerce on Maui. Although Dream City took 25 years to build out, homes that started at $6,000 were a dream to those who had returned from the war with a desire to relocate out of the company built plantation camps that they left. Others who were not associated with the plantation but part of the growing white collar government work force also found a home in Dream City. Kahului Shopping Center offering Maui its first super market was established in 1951 to create a Kahului community. Two decades later, Kaahumanu Center was developed by Maui Land and Pineapple Company bringing Kahului up to date with national chains seeking a place in paradise. It was in the early 1970’s that Maui really began to change and many successful businesspersons who consider themselves kama’aina arrived on Maui from the mainland during that period.

Thank goodness change is slow on Maui. That is what gives it its charm. In 1996 Maui Lani commenced development, the first real offering of up to date homes within a planned community to Maui residents. Today, the community of thousands of homes has changed the Kahului landscape allowing Mauians of moderate means and expensive tastes the opportunity to have amenities previously enjoyed by purchasers of resort homes. http://mauilani.com/welcome/home/properties/interactivetour/.