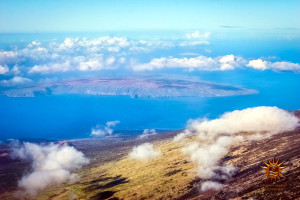 In the 1950’s Kihei was still thought of as a possibility for farmland development, and residential lots could be obtained for as little as five cents a square foot. An old time Realtor said that he used to charge extra to list a property in Kihei because not only was it unpopular but it was too far away. Who would have known that fifty years later Kihei would be named as one of the fastest growing cities in the U.S. During that fifty years enough water was delivered to the parched South Maui area which encouraged condominium development in the 1970’s along the sunny beaches, increasing housing exponentially. In 1967 the owners of Ulupalakua Ranch sold 1200 acres for the development of Maui Meadows but it took decades before this now popular location of single family homes on larger lots was discovered. During each real estate market upturn, single family subdivisions were built infilling the flat areas of south Maui.

It was not until 1971 that a long anticipated Wailea, promising to be a destination resort, commenced its development. It was previously considered scrubland and only through vision and planning became the community of resorts, golf courses, single family luxury homes and luxury condominiums we know today. Signature hotels call Wailea their home, adding to the prestige and ambiance of the planned development.

Beyond Wailea, Makena used to be the favorite spot for locals to go fishing, camping and picnicking and was inaccessible except by a rocky dirt road. Seeing someone at a beach cove would indicate that it was “too crowded” and encouraged one to go further to find one that was more private. Today everyone knows the “secret” of Makena’s pristine beauty and has sensed the lure of having one’s own Big Beach, unfortunately only available to those who can afford it. At least you hope for the preservation of some beach access, but then, ironically the beach would no longer be private.

We can’t forget Maalaea at the Northern most end of what we call South Maui. Anchored by the Maui Ocean Center, a fascinating aquarium providing an upclose view of some of Hawaii’s marine world without getting wet, the adjacent shopping center offers restaurants patronized by all of Maui. Often overlooked are the great deals on oceanfront condominium units in Maalea. Many of the apartments offer opportunities for unobstructed ocean views.