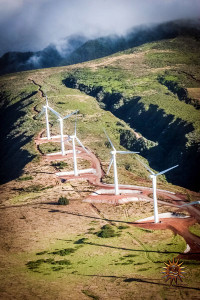 West Maui may be the area most changed by the decades. In the fifties, Lahaina was still a sleepy town of family owned stores serving the population and a far cry from the bustling seaport that once served as the capitol of the Kingdom of Hawaii.

Previously connected to the rest of Maui by a winding pali trail that hugged the cliffside, the West side was isolated until a new highway was built and the tunnel dug through one of the more challenging promontories in the late 1950’s. The West side boasts some of the finest beaches on Maui.

Old timers still call the West side Lahaina even though it is marked by identifiable communities of Kaanapali, Honokawai, Kahana, Napili and Kapalua. The districts of Olowalu, Puukolii and Honolua are mere places on the map, vestiges of the plantation camps that were established there at the end of the 19th century. Luxury hotels have been built and new suburban neighborhoods in varying degrees of luxury have been established with condominiums or single family residences and estate like properties on the ocean offered as well. Lahaina town has become a street of shops catering to visitors and shopping centers in Kaanapali and Kapalua offer visitors high end mainland chains to satisfy their craving for the familiar.

The development of shopping centers of stores that cater to the residents tell a lot about the makeup of the West side citizens. A large Safeway and Longs serves the needs of the central core of the town with boutique shops and the only bookstore on Maui catering to the newly transplanted West side resident residing there sometimes as a second home. The continued need for a medical center in West Maui is confirmed when the highway to Lahaina is closed because of an automobile accident or impassable because of smoke from a runaway fire in the surrounding scrub lands.

Perhaps it is because of its isolation that the West side is the creative pot of Maui merchandising. Fueled not only by the visitors who stay in the luxury hotels on the West side but by the new residents who chose its sunny mild climate and exclusive aura to live in, businesses on the West side cater to the adventurous and aficionados among us. From food to fantasy, beachwear to books, you can find it on the West side and it’s some pretty cool stuff.

There is some workforce housing on the West side in the newly developed and older condominiums in Lahaina and moderate housing developed in Kelawea Mauka but for the most part properties on the West side are expensive. Occasionally there are homes on the market that were built in the late ‘40’s and early ‘50’s on large lots just above Lahaina town. Many of the residents for whom these homes were built still live in them but some are divesting themselves of their properties. 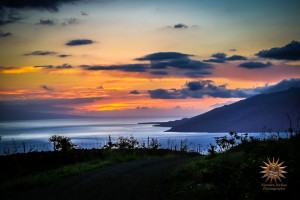 Times have changed on the West side and you can walk down the street during mango season without tripping over any fallen mangoes as was the case in the olden days. But relish those Lahaina mangoes…they are the best in the state, maybe the world! The hot dry climate creates the luscious sweetness and aroma that only a Lahaina mango can give you. The old fashioned way of eating a mango is to cut a large firm ripe Hayden mango in half to the seed, grasp both ends and turn each half in the opposite direction. One side of the mango will easily disconnect from the side with the seed still in it. Take the side without the seed, fill it with a scoop of ice cream and devour each spoonful. Or eat it plain with a spoon, scooping out the luscious fruit and savor each bite. What do you do with the other side, why you eat that too of course, leaning over the grass and slurping each precious bite, then scooping the flesh surrounding the gnawed seed with a spoon. Be sure to wash your hands and mouth thoroughly afterwards. The skin and sap are very caustic and you are bound to get a very bad rash if you don’t. If you’re really allergic, you should avoid the skin and sap and have someone peel it and slice it for you. Any way you slice it, a mango is absolutely delicious or as we locals say, some ono.